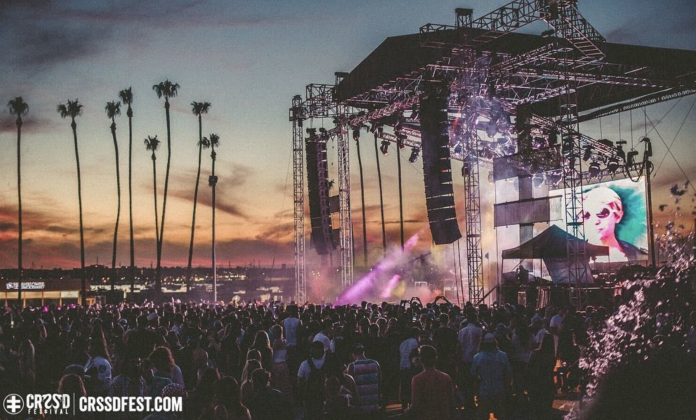 CRSSD’s Fall edition is right around the corner, so house and techno lovers get ready. With set times already out, it’s time to plan your weekend in beautiful San Diego. Taking place back at the Waterfront Park, you’ll enjoy sensational sounds and sunsets. Three stages await you along with excellent culinary offerings, photo ops, merch, and good vibes. Don’t know who to check out? Take a look at EDMTunes‘ guide to the Top Must-See Acts of CRSSDtember weekend.

Electronic duo Armand van Helden and A-Trak have returned as Duck Sauce. We’ve seen Armand at DayTrip and we’ve seen the ducks take on Coachella. Now, the two esteemed producers come together for a weekend in San Diego. You can bet the energy will be high and the dancing endless. Expect eclectic house music from two legendary artists, one for their insane behind the deck skills and the other who defined dance music in the 90s. Their iconic tracks ‘Big Bad Wolf’, and ‘NRG’ infected speakers everywhere, with new tracks ‘Smiley Face’, and ‘Mesmerize’ furthering their funky house sound. After a hiatus, this comeback is sure to be epic. Get your ‘Barbara Streisand’ on with Duck Sauce on Saturday at Ocean View.

Night Bass leader AC Slater grew up with 90s hip-hop and old school rave. His musical career spans a massive repertoire and garners a huge following over his Night Bass signature sound. With catchy house elements and dirty basslines of UK garage, you won’t want to miss Aaron. Sprinkle in old-school rave synths and breaks and you’re guaranteed to have a great time here at The Palms. For everyone that is all about that bass in house, this is your stop. Catch his monthly Night Bass Events at LA’s Sound Nightclub and let his music take you on a ride.

End your night Saturday with Marc Kinchen (aka MK). This American DJ/record producer is here to give you the best in disco house. Those piano chords are so infectious, you’ll follow him everywhere after you see him. Lead by powerful vocals, all sets by the Area 10 label boss are exquisite where everyone sings along. His rise started in 2013 with his rework of ‘Look Right Through’. Now, his successful singles include ‘17’, ‘Powerless’ featuring Becky Hill, ‘Back & Forth’, and more. He’s graced the stages of Ibiza, Tomorrowland, EDC, Creamfields and other prestigious venues. His latest single ‘One Night’ with Sonny Fodera is further insight on what he brings to the world. Check him out at Ocean View on Saturday.

For the City Steps folks wanting to catch some techno, you can find Joseph Capriati there. The newest resident to BBC Radio 1, the Italian producer will give attendees a well-respected set. With over a decade of experience, Joseph’s brand of techno is slick and emotive. He brings precision, flair, and infectious energy. From a rigorous global touring schedule to infamous residencies at esteemed venues like Amnesia, join him for a night of peak-time music.

British Canadian electronic DJ Richie Hawtin has been involved with Detroit’s techno scene since the early 90s. Known for his recordings under Plastikman and F.U.S.E aliases, Richie takes on CRSSD with his unique techno sound synonymous to minimal electro house. A genuine original, Hawtin is critically acclaimed for his creative boundary pushing. With an underground agenda of avant-garde electronica, his repertoire includes six albums and two compilations. Rising stars look up to him and label founders dub him “a leader”, “a pioneer”, and “one of the electronic dance world’s intellectual forces”. Check out what you’re in for with his Awakenings Amsterdam set.

At CRSSD, it’s all about the music and Norman Quentin Cook is a music master. The English musician, DJ, and record producer helped popularize the big beat genre in the 90s. All lovers of house music must come see him. His sets are pure energy and wreak havoc on the dancefloors. You won’t stop rocking. Just check out his set from Snowbombing 2022 in Austria. Expect a pristine produced set from the legend.

Jamie XX closes Sunday at Ocean View for a set of hyped up eclectic energy. Hot off his set at Coachella, he is one of the UK’s most exciting producers. He is a founding member of the indie-pop band The xx. But as a solo artist, his beats and production make him fun to watch live. He is powered by percussion, drums, computers, turntables, samplers, and more. His album In Colour brought his name to fame. Since then, his reworks and remixes skyrocketed his career. Expect an auditory journey that will leave you in a hypnosis and wishing the weekend wasn’t over.

Whoever you choose, you’ll have a grand time listening to all the house and techno. Check out set times below and have fun!