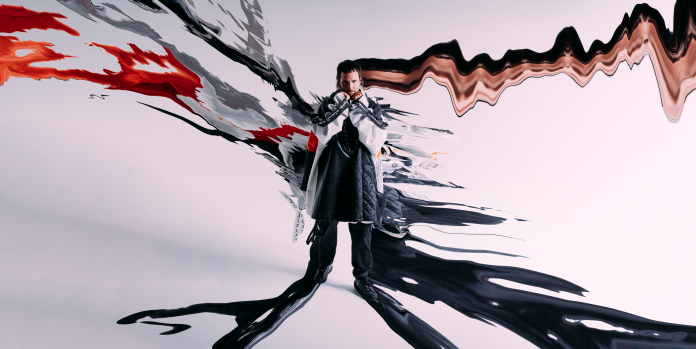 Anomaly: something that deviates from what is standard, regular, and expected, and the perfect encapsulation of everything that beloved Australian producer What So Not has crafted on his sublime sophomore album Anomaly, which is out now for your streaming pleasure. Fusing together a glimmering pastiche of electronica, hip hop, house, and experimental fare, Anomaly is the culmination of a vast 2022 for What So Not’s brainchild, Chris Emerson. The new album is ready to dazzle with its sweltering anthems and gripping exuberance.

Boasting oscillating dancefloor fillers, emphatic instrumentation, and What So Not like you’ve never heard before, Anomaly showcases Chris’ staggering progression since releasing his debut album Not All The Beautiful Things back in 2018. Compiling Chris’ personal experiences traveling the world and recording a lack of time constraints, this is perhaps the most passionate iteration to date in the What So Not story. Anomaly is equally the ultimate house party soundtrack as much as it’s also Chris cementing his status as a global electronic dance phenomenon.

A Pandemic Exploration of Inner Self

While the lead-up to the ultimate release of Anomaly was itself a departure from usual proceedings with a global pandemic in its wake, for Chris there were many positives to be found in unlikely places. He explains:

“I think this album is the furthest I’ve ever progressed in my music. It’s the strongest, the most thought out, the most evolved version of any music that I’ve worked on over the years, and I’m so excited for people to hear it in full. I’m so grateful for the amount of time that I was given to work on it during this off-cycle, which is not something I’ve experienced before. The silver linings of the world shutting down over the past few years have allowed me to refine and hone-in on this album like I’ve never been able to in the past. For me, this is my best work.”

The Tracklist and Collaborations

The album features the likes of Phi11a, Zoid Land, Tek Genesis, EVAN GIIA, Enschway, Herizen, and even vocals courtesy of What So Not. Chris’ voice actually can be heard on the album’s opening track Alive. Overall, there’s an unmistakable cornucopia of clever soundscapes, glistening delivery and fresh originality at every twist and turn throughout. And it’s ultimately towards the end of the 11-piece epic that a significant jewel in the Anomaly crown lies in wait, with Danish superstar MØ appearing on the 2022 edit of the track “Mercy (2022 Edit)”.

“The album is actually the score of a 3D animated film I’ve been developing the last three years. There’s been a taste of it through the DMA’s clip, the EVAN GIIA clip and some of the visualizers too. I’ve been building an entire universe, and I’m excited to have people quite literally be able to step into that in the not-too-distant future. I’m creating a show that I’m not sure anyone has really done yet. That will start to come to fruition probably within the next six months”.

Coated with grooves and trademark What So Not shimmer, Mercy (2022 Edit) bubbles with infectious melodics, euphoric instrumentation, and increasingly stomping beats as it builds towards a torrid drop. With plenty of exotic charm and scintillating production, the journey for Mercy (2022 Edit) to find its way onto Anomaly itself stems back to a fortuitous trip to Central America, some experimentation, and a touch of sonic cross-pollination.

With the long-awaited release of Anomaly today, the future of electronic and Australian music looks vivaciously bright, with Chris delivering a knockout opus. Meticulously curated and designed to ignite the senses, the soul, and every pair of dancing shoes on the planet, Anomaly also vigorously declares a lust for life entirely impossible to resist.

You can listen to Anomaly album below!